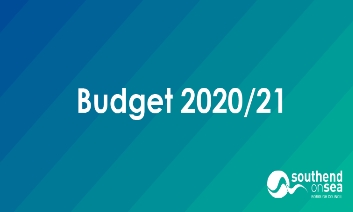 More care for those that need it, more council housing, more road repairs and more trees and greenery are at the centre of the council’s proposed budget for 2020/21.

It will be discussed at next week’s cabinet (Thursday 16th January) where councillors will also consider increasing council tax by 1.99%, with a further 2% for adult social care.

The proposed rise of 82p a week for a Band B home (73p for Band A, 94p for Band C and £1.06 for Band D*) will help fund an extra £5.7m for children’s and adult social care, including £2.4m to cover some of the additional costs of placing more children into care, and £400,000 to attract 16 new foster carers, which will help to reduce costs in the long-term.

It is proposed that £9.5m is used to buy more private housing to turn into council homes. This follows the £5m already spent buying over twenty local homes this year, and £14.5m already budgeted to continue with the council’s housebuilding programme.

£2.7m of new capital funding is proposed to be spent on local roads and pavements including:

Meanwhile, car parking charges will be frozen pending the council’s car parking strategy. The one-hour town centre parking band that was reintroduced in autumn 2019 will also be maintained.

It is also proposed to spend an extra £1m over the next five years on further tree planting and their maintenance. This funding will also see the planting of 2,500 new shrubs across the Borough in 2020/21.

This money is in addition to the one-off funding agreed at cabinet in September 2019 to plant 1,000 new street trees across the Borough over the next two planting seasons, in addition to those we plant as replacements.

A further £2.2m is allocated in the council’s capital budget for a number of energy projects including more electric car charging points and specific ones for taxis, solar panels and air quality improvements. £120,000 per year will also be spent on delivering the council’s air quality action plan.

Cllr Ian Gilbert, leader of the council, says: “This budget ensures that the council can provide good quality services for those who most need them, in an era when demands on our services are ever-increasing. In common with most councils, we have seen a huge increase in the costs associated with looked-after children, and continued pressure on our adult social care budget.

For the first time since 2011, the main grant the council receives will not be reduced and is expected to rise by £100,000 in line with the consumer price index (2.1%). However, since 2011, this grant has reduced by 93% from £64m to just over £6m with the report highlighting that there is no long term certainty around central funding.

Cllr Gilbert continues: “Whilst one-off boosts and grants are welcomed, they do not help with long-term planning and that is why we have to propose raising council tax to ensure that we can keep providing children’s and adult services, not just for the next financial year, but for the next five years and beyond.

“We will also be investing in our priorities around the environment, housing, roads, pavements and more. We want to see a Borough where everyone has a safe, decent, affordable home that meets their needs.”

A number of one-off investments are also planned to support projects including winter and summer planning, improved environmental and anti-social behaviour enforcement and a project to tackle social isolation with the community and voluntary sector.

The draft budget will be considered by the council’s cabinet on Thursday 16th January, the council’s three scrutiny committees at the end of January, with the final budget to be discussed and approved at Full Council on Thursday 20th February.