Major investment to be injected into Southend town centre in 2020 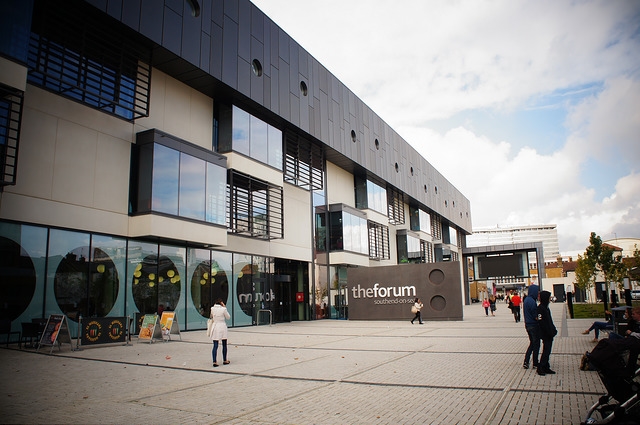 Major projects and initiatives to overhaul the open spaces in and around Southend town centre between now and April 2021 are underway.

The investment, which has largely been secured from external sources will see the town centre area and some surrounding side streets substantially repaved, new greenery and trees introduced, more outdoor seating, better signs and wayfinding and new facilities for cyclists and people with disabilities. A shop front grant scheme to assist businesses, and a 0% loan scheme to improve empty units and encourage them back into use will also be launched.

The work is being funded through various different grants and organisations, some national, such as the Department for Transport, some regional, such as the Local Growth Fund from the South East Local Enterprise Partnership (SELEP) and some European, such as the SPONGE2020 project. It will be discussed at the next Cabinet meeting on Thursday 16 January 2020.

Cllr Ron Woodley, cabinet member for transport, capital and inward investment, said: “We made many applications to various funding streams, explaining the possibility for improvement and I’m so pleased we were able to secure such a large amount of money to invest in the town centre as a whole, with the aim that it can help the town centre evolve in these challenging times.

“A consultation was carried out at the end of last year to find out what local people and businesses wanted to see. We have listened and heard what people have said about introducing more greenery, seating and better lighting into the town centre area, so now it’s time to invest the money and make it happen.”

Repaving work has already started along Weston Road and Clarence Street, with the High-Street ends of York Road, Tylers Avenue, Whitegate Road and Warrior Square set to be repaved between January and April 2020. This work will also include new street furniture, better drainage and better loading areas for businesses, along with more taxi and disabled parking.

The works at Whitegate Road and Warrior Square also include the installation of ‘rain gardens’ which slow down surface water run-off, reduce water pollution, make green spaces for communities and create habitats for wildlife. At both locations, a storage crate placed underneath the rain gardens will catch and slow the flow of water to our sewers. These rain gardens are being funded as part of a partnership between British, Flemish and Dutch local authorities.

A £4m package of improvement works is also set to begin along the London Road, from College Way right through to Victoria Circus, including planting new trees, repaving the area, improving lighting, introducing new seating and adding more greenery at an important gateway to the High Street. Further funding opportunities are also being looked at to make public realm improvements to the High Street itself.

This year will also see further investment into public realm improvements from Clifftown Road - the area around Southend Central Station, through to the area surrounding The Forum, which itself will see the second phase of development start this year, and Queens Road.

SELEP has so far confirmed £867,708 towards a potential £1.5m investment from them, with the additional £632,292 allocated should further funding become available. The project includes installing footfall cameras in the High Street, improving signage and a shop front improvement grant scheme to improve the external appearance of shops.

The project will also offer landlords the opportunity of a 0% loan scheme to help them change the layout of their shopping outlets and to reconfigure unused back office space, in the hope it will reduce the number of empty properties on the High Street. Work is already in the early stages to investigate if shops which are already empty can be used as pop-up venues for events such as comedy nights.

Cllr Kevin Robinson, cabinet member for business, culture and tourism, welcomed the investments: “Like many areas across the country, Southend High Street is facing unprecedented challenges with changing shopping habits and the demise of some traditional retail chains for example.

“While some of these challenges fall outside the council’s control – such as shop rents, which are set by private landlords, and business rates, which are set by central government – this funding can help us provide a more attractive environment for shoppers, visitors and potential investors.

“These projects have all come about following the Council’s scrutiny report titled ‘Reimagining the High Street’ and will introduce substantial amounts of new greenery, seating, attractive paving and better lighting to the heart of our town at the same time as making it easier to navigate around.

“Further good news for local residents and businesses is that funding for this work has been secured from central government sources, so we can achieve far more than could have been imagined through council tax and business rates alone.

“While these improvements will not be a cure-all for the High Street’s challenges, they are a very substantial boost to the town centre’s prosperity and hopefully a catalyst for further growth and investment.”