Most recycling and waste collections are back to normal.

There were some missed garden waste collections yesterday (Thurs 25) which will be caught up today (Fri 26).

Utility works ahead of schedule at The Bell

Gas works at the The Bell junction are currently progressing 6 weeks ahead of schedule, as Cadent Gas have now completed their gas diversionary works. 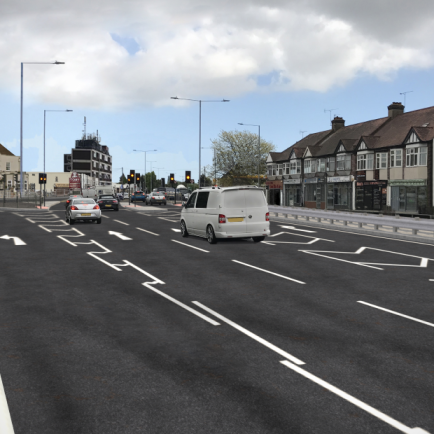 The planned phase four works, which were due to have a three-week westbound lane closure, have been completed alongside the phase three works.

A tender process to select a contractor will be completed soon, with an announcement expected in mid-April.

In January, the council - in partnership with Cadent Gas and UK Power Network (UKPN) – announced a 12-week lane closure of Rochford Road northbound to allow Cadent access to start excavation works to divert their gas main for phase two of their works.

Phase four works – including gas main diversions in the central reservation of Prince Avenue were originally planned separately with a three-week A127 westbound lane closure however Cadent completed these works alongside phase 3.

Cllr Ron Woodley, cabinet member for transport, capital and inward investment, said: “The gas works undertaken by Cadent have been progressing well, and I am pleased to see they have been able to complete these preparatory works weeks ahead of schedule.

“It is good to see this vital project progressing and to see council officers, Cadent and UKPN working collaboratively, and working over weekends too, to minimise disruption for motorists and get this work completed quicker than expected.

“We will continue to inform and update residents and businesses throughout the works, with UKPN nearing completion of their works also with just some minor works around the junction to be completed.”