New Pier trains will be heritage green and cream

Southend-on-Sea’s new and environmentally friendly pier trains will be designed in heritage green and cream with a modern nose. 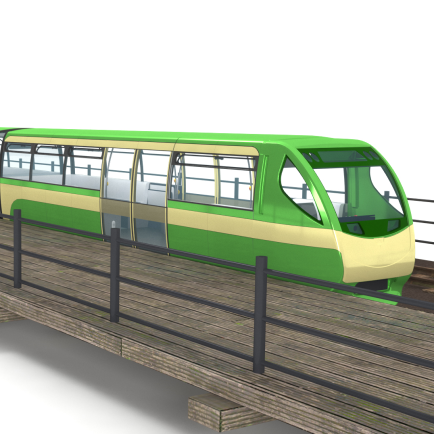 Production of the new trains is already underway, and they are due to be in operation from next summer. Green and cream liveried Pier trains previously ran on Southend Pier from 1949 to 1978. These were replaced by two diesel trains built by Severn Lamb that have been in operation since 1986. It was announced earlier this year that Severn Lamb had won the contract to design, build and install the new pier trains.

Powered by lithium battery, they will feature a much improved ride for visitors and have state of the art audio visual equipment to enhance visitors’ experience.  Other key features of the new trains will include:

The announcement follows a high number of responses earlier this year to a request for views on the colour and design.

A total of 3,466 comments were received through the council’s Facebook (2,773) and Twitter (188) accounts, with 505 visitors to the Pier entrance also giving their views on a visual display.

Cllr Kevin Robinson, cabinet member for business, culture and tourism, says: “There was an incredible response to our call-out for views earlier this year, with nearly 3,500 comments made. A heritage green and cream livery and the modern nose cone proved the favourite and has therefore been selected.

““Southend-on-Sea is the longest pleasure pier in the world and one of the last to still include a railway, so it is great that the heritage and history of our beloved pier will be reflected in the new designs.

“I am delighted that we are now taking this design forward into production and cannot wait to see these new trains gracing the Pier in 2021. I hope they will instill a sense of pride and joy in local people and visitors too.”

For more information on Southend Pier, please visit the our Pier pages.