A major increase in investment into local pavements and roads is being proposed as part of the council’s capital investment programme for 2021 to 2026 (Cabinet, 14 January, item 9). 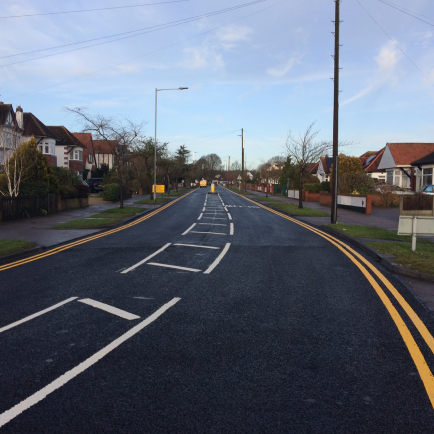 The councillor responsible for highways has called the proposed £50m investment over the next five years a ‘game-changer’ for residents and drivers across the Borough.

Together this would represent an average investment of £10m a year into highway improvements over the next five years, a significant increase on the average of £1.6m a year invested in highways over the last five years.

Cllr Ron Woodley, deputy leader of the council, says: “For many years there has been underinvestment into our pavements and roads, and last year we added funding to that budget.

“However, it was still not enough, and so I am delighted to propose a game changing step change in how we much we invest into pavements and roads. Over the next five years we will spend £50m resurfacing more roads and pavements and filling more potholes and issues where full resurfacing is not required.

“We know from developing our Southend 2050 ambition that this is one of the most important issues for local people, and I am pleased to be delivering against our promise to deal with this. If approved this additional investment will be seen across the Borough and will see major improvements to those roads and pavements that are most in need of repair or full resurfacing.”

This is in addition to the combined budget of £3million already in the approved capital investment programme in 2020/21 for roads and pavements targeted at some of the highest priority pavements and roads that need repair, across a range of wards.

£4.6m is also included in the programme for highways infrastructure schemes including highways protection at Belton Way and bridge strengthening works funded by grants received from the Department for Transport, along with £0.8m for resurfacing Alexandra Street, Clarence Road, Hamlet Court, Warrior Square and Fairheads Green car parks.