Death of His Royal Highness The Prince Philip, Duke Of Edinburgh

We join the rest of the nation in expressing our very great sadness at the announcement of the death of HRH The Prince Philip, Duke of Edinburgh.

The Mayor of Southend-on-Sea and Leader of the Council are encouraging the local community to mark the national day of reflection being held next week. 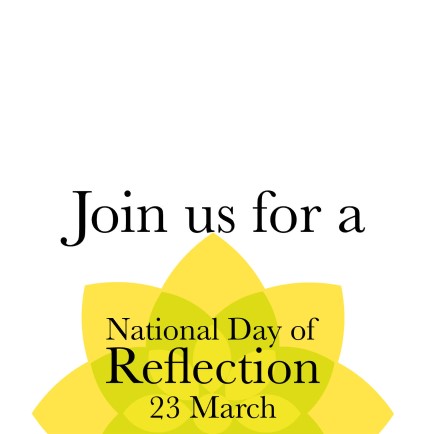 The 23rd March will be the first anniversary of the first UK lockdown, with a National Day of Reflection being led by the charity Marie Curie. The day is focussed on reflecting on our collective loss, supporting those who've been bereaved, and hoping for a brighter future.

Cllr John Lamb, the Mayor of Southend-on-Sea, says: “Since the first lockdown began too many lives have been cut short and behind the statistics every death has been devastating for the people left behind.

“That is why I am backing the Marie Curie campaign for a National Day of Reflection on 23 March, the first anniversary of the first UK lockdown, to pause and reflect on our collective loss, support those who've been bereaved, and look ahead to a brighter future.

“There are still tough times ahead, as the death toll continues to rise but there is light at the end of the tunnel, with the vaccination programme working well and restrictions starting to ease. As we come together on 23rd March it will give us all time to think about the unprecedented loss we've faced, and help us to continue to support each other through this tough time and grief.”

Cllr Ian Gilbert, Leader of the Council, says: “As a council we will be using the colours of blue and yellow to light City Beach, Civic Centre and Porters Civic House next week, and would encourage local people to get involved in the national day of reflection in any way they feel is suitable and appropriate for them.

“There will be a national minute’s silence at 12 noon on 23rd March to honour those we have lost, and you can simply connect with someone you know.

“At 8pm there will another minute’s silence where people will be encouraged to come together to light up the night. Stand outside with a light – a candle, a torch, even your phone - to remember someone who's died and show your support to people going through a bereavement. Alternatively you can shine a light in your window for everyone to see.”

Take a moment on the 23rd March to connect with someone you know going through a bereavement by sending flowers, writing a card or simply having a chat.

More information about the Marie Curie campaign can be found on their website.