Big changes could be coming for the council’s highways team with updated policies for dropped kerbs and highways enforcement set to be discussed by cabinet. 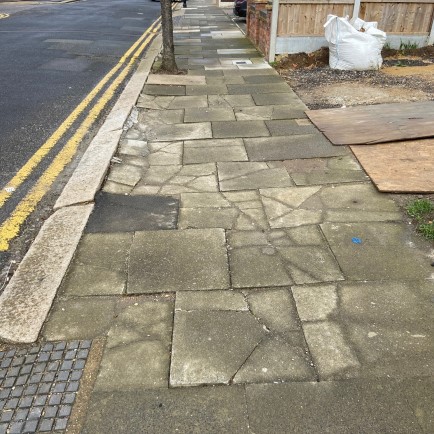 The report (item 15, Tuesday 27 July), sets out a recommendation to update the vehicle crossover policy, including the requirements for approving a new dropped kerb to allow for off-street parking, how applications are processed, what enforcement powers the council would have, and when they could use them.

The report also recommends adopting a new policy which looks at how the council’s newly formed highways enforcement team would enforce correct use of crossovers, as well as encroachment, obstruction, and interference with the public highway to reduce the risk to highway users and to reduce the amount spent on costly repairs.

Currently, all matters related to appeals for the installation of dropped kerbs comes under the decision-making powers of the Traffic Regulations Working Party. However, cabinet agreed in July 2020 that a review would be undertaken regarding the decision-making process, including a best practise review of other local authorities to understand how to improve the service.

If approved, the new vehicle crossover policy would delegate powers for making decisions on new dropped kerbs to the head of highways for the council. It would also see the establishment of a new panel comprising of the head of traffic and highways, a council engineer independent of the original decision and the relevant ward councillors who will consider the written evidence from the applicant and decide if the council has correctly refused a vehicle crossover, or if the decision should be overturned.

Cllr Ron Woodley, cabinet member for transport, asset management and inward investment, said: “For too long, our processes for installing new dropped kerbs have been slow and extremely difficult. The review undertaken has shown that our existing vehicle crossover policy means decisions go through the Traffic Regulations Working Party, something the Ombudsman criticised for its slowness, inconsistency and lack of clarity relating to policy

“The existing policy is over seven years old, and is well overdue for a refresh, so I am looking forward to discussing this new policy in detail with cabinet colleagues.”

The report also looks at adopting a new highways enforcement policy, giving the council’s newly formed highways enforcement team greater powers for any resident or business that causes obstruction, damage or interference to public roads and pavements. The primary aim of the team would be to engage and educate those responsible, but where compliance does not follow, the team would seek formal enforcement. Subject to cabinet approval, enforcement could come in a variety of forms, from a simple warning, up to a fixed penalty notices and in severe cases, prosecution may be sought.

Cllr Woodley continued: “Something that has been raised continuously for years now is that there is not enough enforcement for those responsible for causing damage and obstruction to pavements and roads across the Borough. We have seen too many incidents where residents are left to manoeuvre damaged pavements from vans parked on verges, ducking under overgrown greenery and damage to pavements through people illegally creating a driveway without the appropriate dropped kerb in place.

“The aim of the new enforcement policy is to engage and educate initially. We want to be fair with our residents and businesses and ensure they work with us rather than against us. However, we will not tolerate non-compliance, and I am pleased this new policy would give powers to enforce as necessary against those responsible.”