Southend-on-Sea City Council is set to bid for up to £26.5m of funding through round two of the Government’s Levelling Up Fund, which could see major improvements to the A127 and several projects to help unlock the High Street’s potential. 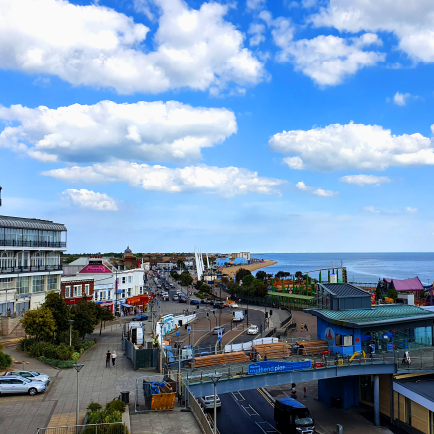 The council’s Cabinet will discuss a report which outlines two bids for the Levelling Up Fund. This follows the council’s success in round one of the fund, which saw the council awarded £19.9m for visitor economy improvements focussed on Leigh Port, the Cliffs Pavilion and wider seafront and City Centre safety measures.

The Levelling Up Fund was launched by the Government in March 2021 to help support town centre and high street regeneration, cultural and heritage assets and highways improvement projects. Each local authority can make bids that total the number of MPs within their Borough or City, and highways authorities can also bid for specific highways projects, so Southend is eligible for a total of three funding bid applications. Successful bids must include at least 10% matched funding from the council.

The recommendation to Cabinet is therefore to submit bids for highways improvements and culture led regeneration projects.

The council was unsuccessful in its round one highways bid which will be resubmitted with two amendments following feedback from the Department for Transport.

The proposed £14m bid is for highways improvements at three pinch points in the City’s road infrastructure: Harp House roundabout, A127 Victoria Avenue junctions with East Street and West Street and with Fairfax Drive and Prittlewell Chase, and A127 Progress Road and Bellhouse Road. If approved, the funding would see a mixture of works to improve traffic flows including widened roads and extended right turn lanes to accommodate more vehicles. Highways work will be subject to a thorough design process.

If successful, the funding would be spent over three financial years, with the main work completed by March 2025. The council will match this with £1.4m which will require a reprioritisation of other schemes in the council’s capital programme if the bid is successful.

Cllr Paul Collins, cabinet member for asset management and inward investment, said: “The Levelling Up Fund gives us the opportunity to continue expanding on the unprecedented investment this administration has already put into the City’s highways budget. Over the years the council has also been successful in securing external funding for projects that have increased the A127’s capacity and improved traffic flow at key junctions and this proposed bid would see further improvements at key pinch points in Southend’s road network, which would make our City a more enticing place for visitors and potential businesses.

“We are keen to make the most of funding opportunities available to us, particularly in such a challenging time for the country with financial pressures on residents, businesses, and the council. I look forward to discussing these potential bids with fellow Cabinet colleagues.”

The proposed culture led regeneration bid of £12.5m is split into three projects and comes directly from the emerging City Centre Strategy and Investment Plan and the extensive consultation and engagement exercise undertaken to identify priority activity for the City Centre.

The first part of the bid is to create new workspaces within the City Centre. The proposed £6m bid would see additional capacity for creative and cultural work and performance space created in the at 90 High Street and in the Victoria Centre, which was purchased by the council in December 2020.

The second part of the bid is to invest in public realm improvements at Elmer Square, including lighting, seating and planting, alongside delivering a brand-new outdoor performance space in our learning quarter. The proposed £4m works would be completed with the aim of providing a safe space to showcase the City’s incredible artistic talent.

The final part of the bid is to enhance the seafront offering by creating a new visitor attraction – Southend Air. This new attraction would be situated in Adventure Island and would comprise a big wheel (in the style of the London Eye) and a large viewing platform offering unrivalled views of the Thames Estuary. The £2.5m project would also include improved illuminations which will also draw visitors to other parts of the seafront and City, and improve community safety. Full colour changing displays, plus light shows will be installed at the Cliff Lift; Pier Hill Gardens and lift and the Pier bridge, and City Beach Garden.

The Stockvale Group has already confirmed match funding would be available for Southend Air, with the council match funding £1m for the other two culture led regeneration projects, of which £600k of other schemes has already been identified in the capital programme and the balance of £400k will require a reprioritisation of other schemes in the programme if the bid is successful.

Cllr Ian Gilbert, cabinet member for economic recovery, regeneration and housing, said: “I am pleased that the recommended bids will not only help us unlock the potential of the High Street, but also supports the council’s ambition of improving the High Street, something our residents and businesses have made clear is a priority for the City. The past few years have been incredibly challenging, and it is important that we make the most of funding opportunities such as the Levelling Up Fund.

“It is no secret that our ambition is to become the UK’s number one staycation destination. By improving the offering on the seafront, creating a performance space in the High Street and providing additional creative workspaces to help showcase the incredible talent we have locally, we could maximise the potential of our City Centre.

“The reports contain further detail, and I look forward to the discussion with Cabinet.”

The report (item 3) will be discussed by Cabinet Friday 1 July.