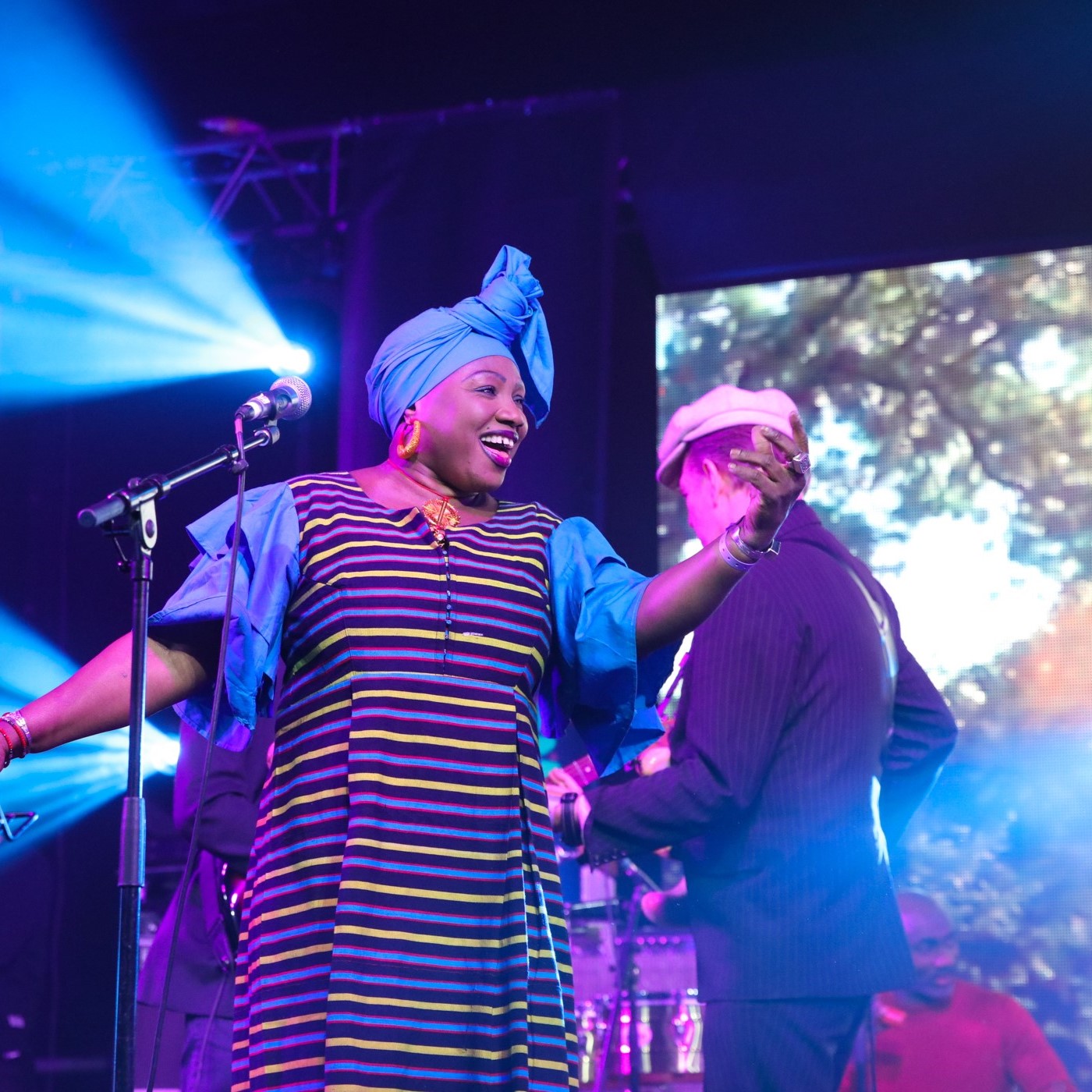 Southend is a city by the sea that is steeped in waves of sound. From 100 years of EKCO to the BBC television orchestra, from Alison Moyet to Jamie Cullum, the journey to citydom has been accompanied by some wonderful music.

Now Southend is underscoring this relationship with another band of musical pioneers by presenting Africa Express @ Southend with an unmissable one-off headline show from the collective of Western and African musicians on Saturday 3rd September.

Hailed as the most revolutionary force in popular music for two decades, Africa Express brings together musicians from different cultures, genres and generations to break down boundaries and encourage a spirit of joyful collaboration.

It was founded in 2006 with a trip to Mali linking the likes of co-founder Damon Albarn, Matha Wainwright and Fatboy Slim with local stars such as Toumani Diabaté, Bassekou Kouyaté and Amadou & Mariam. Then came the first public event: a legendary five-hour show at Glastonbury described by The Times as “an absolute lose-yourself epiphany for everyone who was there”.

Africa Express has since hosted trips to Nigeria, Democratic Republic of Congo, Ethiopia, South Africa and Mali. It has also staged lauded shows in Lagos, London and Liverpool, as well as festivals across Europe such as Roskilde in Denmark and bespoke shows before 25,000 people in Paris city centre and 50,000 on a Spanish beach. It has filled a vintage train with African and Western artists to travel the country as part of the London 2012 Olympic Festival, reformed a Syrian orchestra scattered by the war and released five critically-acclaimed albums.

Each performance is unique, with artists taking part creating the set in rehearsal before the show - and all have been met with rave reviews, inspiring artists and audiences alike.

In a unique spin, this time there will be “Songs in the Key of Essex” providing an opportunity to celebrate the county’s musical heritage, taking it to the world in a series of unique collaborations. This will feature some of the county’s most treasured artists, including Damon Albarn and Jamie Cullum - in an aircraft hangar at Southend Airport.

Southend City Festival Creative Director, Sam Duckworth (aka Get Cape. Wear Cape. Fly) has been a part of many Africa Express events in the past.

“From my first experience of Africa Express, at Glastonbury, onstage with Rachid Taha, Billy Bragg and Damon Albarn, performing Rachid’s “Rock El Casbah” I was hooked. Africa Express is unique - and in a field as ubiquitous as music, that is no easy feat. My next adventure with Africa Express, was to the DRC, falling in love with the music of Jupiter and Okwess so I am thrilled they are now coming to my home city.

I caught a parasite and almost died. But I’ve also been part of a 4 hour show in the most famous venue in Nigeria, I’ve had my mind blown by Africa Express, my horizons broadened and I’ve learnt that a wider world is a better world. Trust me, this is an unmissable event.”

What makes Africa Express so special is a genuine spirit of collaboration with all artists treated the same whoever they are. It is all about the music, the spirit, the vibe. Now it is going to descend on Southend for 3 days to prepare unique collaborations - and maybe even to pop across the city.

South African artist Moonchild Sanelly said - “Being a part of such a diverse and deep musical project is so dope.  Africa Express is always packed with incredible musicians, it’s a musical candy store - I can’t wait to come play in Southend, it sounds like a place where things are happening! to be invited by amazing musicians makes it even more exciting. See you soon Essex!"

Rochford born Jamie Cullum said - “Africa Express is a monumental collective and a project I’ve been following for some time now. To have been asked to participate is a real honour and in the county of my birth makes it that extra special. Bringing culture and music from another continent to Essex, in the year of Southend gaining city status is something that should be celebrated, welcomed and devoured. What a treat to have such a stellar line up of artists in unique collaborations.”

Essex is a county often derided as being stuck in the past, but it is a place with a long history of welcoming new residents. And Southend, like many other cities, is a place where people build their lives, families forge bonds and communities evolve by the sea. So this is a celebration of unity to the sounds of some of the world’s greatest musicians - but with a proud and strong local flavour.

The Southend City Festival offers a chance to showcase our new city. The Festival is working alongside South Essex College and University Centre Southend to provide training and development pathways for young learners in Southend. Providing unique opportunities for live brief and for post event training activity in a range of courses.

“To say I am proud to bring this experience to my home city, is putting it lightly. This is a once in a lifetime moment and it is happening here in Southend on Sea.” - Sam Duckworth

Tickets for Africa Express are £20 and available via Southend City Festival website accessible and child friendly options are available.