This week the leader reflects on the death of The Queen and discusses the future of the City Centre and rising cost of living. 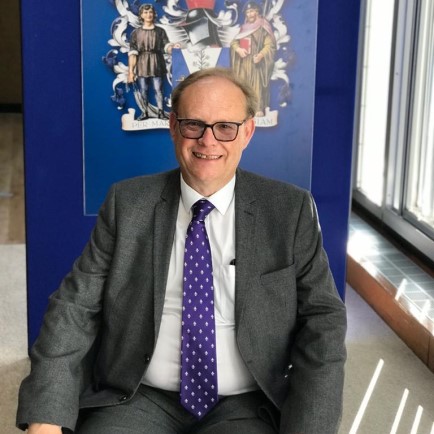 Following the sad and solemn time following the death of Her Late Majesty Queen Elizabeth II, I want to express my thanks and appreciation to council staff, for their hard work arranging events for the Accession of Proclamation for King Charles III and for the Moment of Reflection. We represented Southend-on-Sea so well and I’m grateful to all the members of the public who attended and joined us in these events, either in person or virtually on social media.

As normal life resumes following this national period of mourning, I’d like to highlight a report about the council’s budget and financial situation, due to go to the rescheduled cabinet meeting on Thursday 29 September. Everyone is aware of the cost-of-living crisis and what is being described as ‘disastrous’ national impact of inflation and spiralling energy and fuel costs. This is obviously having an impact on the council too.

We’ve a projected overspend of £14.6 million, (which is 4.4% of our gross annual budget) which needs to be tackle along with rising budget gaps for future years. We want to tackle this head on and try and manage our finances in the best possible way, so as residents you get value for money and we continue to provide as much financial resilience as possible.

To do this the council is calling for more Government support for local authorities and looking at ways to cut costs, the details of which are included in the report and will be discussed at the meeting, but everything is being looked at. The report is asking councillors to agree a core list of priorities where spending will be protected as much as possible. These include; supporting vulnerable adults and children; supporting isolated individuals; supporting families in the cost-of-living crisis; tackling climate change; highways pavement works; tourism; maintaining prioritised subsidies to services as best we can. Rest assured we are doing everything we can but tough decisions lie ahead.

There has also been a lot of interest in the City Centre Strategy and Investment Plan, which was developed with We Made That and PDR, alongside the Engineroom. It looks at ways in which we can work together to revitalise the City Centre, by breaking down the centre into specific areas and identifying anchor projects. The best thing about the strategy is its flexibility and ability to adapt to new opportunities as they present themselves, meaning Southend doesn’t miss out and exceeds its potential. It will involve partnership working and the input of residents to make it work. The report will be discussed at next week’s cabinet meeting.

We’ve had some amazing events recently - the opening of the Ironworks, which is fantastic space celebrating art and the cultural offering of Southend, right on our High Street, in a space that shows what happens when people come together. I encourage you to visit. And the Southend City Jam, where hundreds of artists came together to produce some of the most mesmerising artwork in a variety of styles, bringing colour and creativity to the City Centre.

It just goes to show what becoming a City has meant to Southend and with that in mind, cabinet are due to discuss the findings of the recent public engagement carried out to find which out the four potential Southend-on-Sea City Council logos people preferred. The shell design got 42% of the vote. It’s been interesting hearing the opinions and views on the design, because everyone has a good explanation for their preference.

Have a nice weekend.