Barbecues on beaches are set to be banned in Southend-on-Sea following a public consultation which saw over 50% of respondents in favour of a complete ban on seafront and foreshore areas. 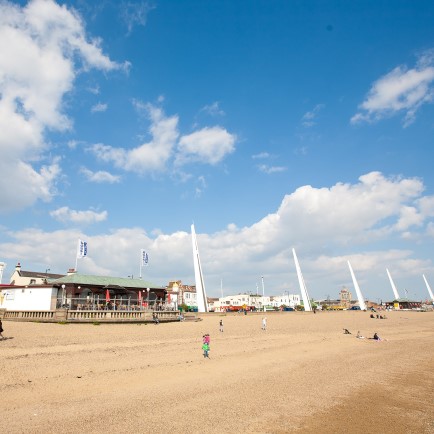 Following a number of serious incidents across the City, the council launched a consultation on 29 July to gauge the views of local people on the use of barbecues and personal watercrafts across the entirety of the seafront. Following the completion of the consultation, results have indicated that a complete ban on barbecues should be introduced, and new restrictions should also be put in place for the use of personal watercrafts, such as jet skis.

The use of personal watercraft (PWC) in the restricted area are to be made subject to a Southend-on-Sea City Beach and Coastal Waters Code of Practice (COP). This would bring the same restrictions that apply in the surrounding area managed by the Port of London Authority (PLA). This means that motor powered watercrafts must adhere to speed restrictions, can only access the water via the approved launching site in Shoeburyness, cannot operate in the restricted areas and must have an appropriate insurance policy in place.

The new restrictions would be enforced through a public space protection order (PSPO), meaning anyone found to be having a barbecue in the restricted areas or breaching the watercraft restrictions, could be issued a fixed penalty notice (FPN) by the council.

Cllr Carole Mulroney, cabinet member for environment, culture and tourism, said: “In recent times we have seen some serious injuries sustained by children on our beaches because people have not disposed of their barbecues safely and appropriately. Disposable barbecues are also extremely damaging to the environment, and I am pleased that the consultation has shown support for us to put a complete ban on barbecues and bonfires on our beaches and our foreshore areas.

“We have also seen a number of near misses with people using their jet skis far too close to the shore, where families flock during the warm weather, and we cannot run the risk of something serious happening. By updating the code of practice, we can enforce on anyone putting other members of the public at serious risk. These restrictions will also help protect our fishing industry, which plays a vital role in the local economy.

“Having the ability to issue fixed penalty notices should make a big difference and subject to approval by cabinet, will help keep the City’s busiest areas safe for residents and visitors all year.”

Cathyrn Spain, senior harbour master for the Port of London Authority, said: “We welcome the proposal to restrict the use of personal watercraft, which aligns with the PLA’s own regulations and guidance.

“The PLA supports such proposals which enhance safety, thus ensuring the river can be enjoyed safely by all users.”

The council’s cabinet will discuss the report on banning beach barbecues and personal watercrafts at a meeting on Thursday 29 September (agenda item 12).