A young Southend-on-Sea politician spoke on behalf of her constituents at the House of Commons on Friday 4 November. 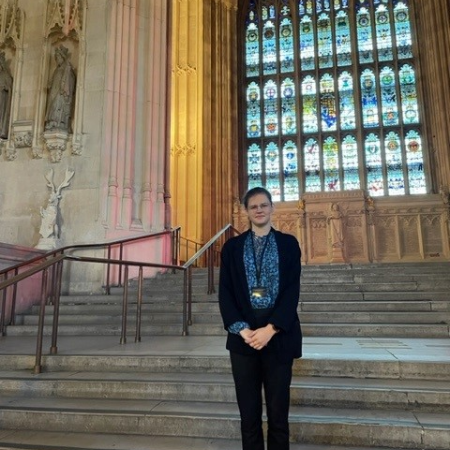 Madi Faulkner-Hatt is a Member of Youth Parliament and attended with more than 200 other members, aged between 11 and 18 from across the UK.

The young people debated the issues chosen by the Make Your Mark ballot, designed to raise interest in politics among 11 to 18 year olds. They also voted on the cost-of-living crisis and health as the Youth Parliament’s priority campaign.

This is the first time the Youth Parliament has met like this since 2019; and their morning session was chaired by speaker Sir Lindsay Hoyle.

Madi said: “It has been an honour to represent Southend today, even though I didn't get to give a speech, I had my vote and will advocate my constituents’ thoughts outside of this event. I will also work to make change based on the results of the focus group, and I hope to make a change for young people in Southend.”

Southend had the second highest turnout to Make Your Mark 2022 with 7,935 young people participating voting health and wellbeing as the top concern for young people in Southend.

Following this Madi has undertaken some local research with young people and is in the process of drafting the report which will be presented to local decision makers.

Madi is also the youth representative for the North Sea Commission, which works to strengthen partnerships between regional authorities which face the challenges and opportunities presented by the North Sea.

On the 26-28 October 2022 she attended the Conference of Peripheral Maritime Regions General Assembly 2022, in Crete and Madi was invited to attend, funded by the North Sea Commission. As part of the event Madi gave a speech about engagement with young people, she prepared this speech herself and spoke in front of European Parliament.

Madi said: “I also hope to increase the power of Youth Voice as I have been doing already when I was at the Conference of Peripheral Maritime Regions (CPMR) general assembly in Crete where I gave a speech on youth voice and making young people a bigger part of these political events to gain the best outcomes for youth.”

Cllr Laurie Burton, cabinet member for children and young people, said: “Everyone at the Council is so proud of Madi and what she has achieved. It’s great for her future development, in whichever career path she chooses, to have such incredible experiences under her belt.”