More spending to support our community and care for our most vulnerable children and adults are at the centre of the council’s proposed budget for 2023/24. 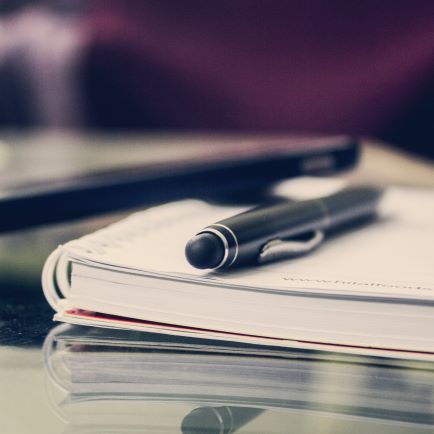 With major financial challenges both behind and in front of the council, and with Government funding having reduced significantly in the last eleven years, cabinet councillors will consider increasing council tax by 4.99% overall. (Cabinet item 5, 12 January).

This is made up of 2.99% for general use and a further 2% will be used to deal with the ongoing pressures and demand in adult social care.

The proposed rise of £1.32 a week for a Band C home (99p for Band A, £1.16 for Band B and £1.49 for Band D*) will help protect frontline services and see £2.5m spent on dealing with pressures around independent children’s placements and £836,000 to children transitioning into adult services and will ensure the council continues to look after the most vulnerable people in our City, from the young to old. The rise in the national living wage will also cost the council £4.9m.

New budget savings and increased income proposals will raise just over £9m, with £1m to be used from general fund reserves and £2m from the Collection Fund to set a balanced net base budget of £144m for 2023/24. The council will also need to continue to make savings in future years and transform how it works to meet a projected budget gap of an estimated £29m up to 2027/28.

£2.6m additional income is expected to be raised from increasing a range of fees and charges, parking charges are proposed to increase in line with inflation, charging non-residents more than residents for burial and cremation services, and increasing pier charges (see separate release). Around £1.4m extra will be generated due to higher returns on the council’s financial investments and benefiting from increasing bank base rates.

Due to the financial climate, it is proposed that a small addition of £3.64m is made to the council’s capital programme with £1m for sea wall refurbishment and access improvements, £1.7m for the MySouthend replacement and £1m investment in modern technology to improve the council’s computer systems and enhance residents on-line experience when dealing with the council.

It is also proposed that £12.5m is added from the separate Housing Revenue Account to continue the Decent Homes programme (see separate release).

Cllr Stephen George, leader of the council, says: “I have said many times that this is a budget setting with no easy choices. We are having to take some really tough decisions whilst remaining committed to protecting the most vulnerable people in our City, which is where over 65% of our budget goes. We know local people have been impacted by the cost-of-living crisis too and it is right that we continue to focus on protecting those areas.

“No councillor wants to raise council tax and fees and charges, or make savings, but councils are in the unenviable position of needing to do both. The Government expects us to raise council tax by 4.99% and I am afraid that is what we must do. This will raise £4.5m for next year, but that won’t even cover our expected extra energy costs of £4.6m.

“I am thankful that we have been financially well managed and are in the top 25% of councils for this and are therefore in a better position than many to deal with the financial challenge, but it is a major challenge nonetheless.

“To reiterate, there are no easy choices, but we are committed to protecting services for our most vulnerable and we feel this budget achieves that as best we can.”

The budget follows on from many years of Government cuts, which has seen the main grant the council receives from Government reduce from £64m in April 2011 to an estimated £7.1m in April 2023, a cut of over 90%.

Cllr Paul Collins, cabinet member for asset management and inward investment, added: “Huge cuts of over 90% to local government finances over the last decade means that most of our funding for services now comes from council tax, business rates and other fees and charges, and that has undoubtedly had an impact on the services we can provide, at a time when pressure and demand on services continues to rise. We must therefore deliver savings and raise money, whilst protecting services for the vulnerable.

“Meanwhile, we have also been dealing with an in-year forecasted overspend due to a variety of external factors. Due to the actions taken throughout the year, this has reduced by a further £4.7m in the last two months to a predicted £7.3m and down from the £14.6m that was predicted earlier in the financial year. Whilst this only represents 2% of the council’s gross expenditure, action will continue to be taken to reduce this forecast overspend, and as the Government expects, some reserves may be needed to be used at the end of the financial year.”