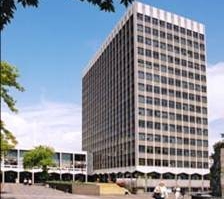 There was an emergency evacuation at the Civic Centre at just after 11am this morning after a member of the public presented themselves to the reception claiming there was a bomb in the building.

The Council put its well-rehearsed emergency plans into operation and the building was swiftly evacuated.

Police officers attended the scene, which they declared safe at approximately 12.15.

Cllr Ron Woodley, Leader of Southend-on-Sea Borough Council, said: "I would like to commend the calm, swift and professional way in which this incident was handled by our staff and with the assistance of the police.

"Protecting the safety of staff and the public is our top priority and the actions taken ensured that no one was put in harm's way.

"The police are continuing to investigate this incident and therefore it would be inappropriate to comment further at this stage."