Council staff take on the Dark Side for charity 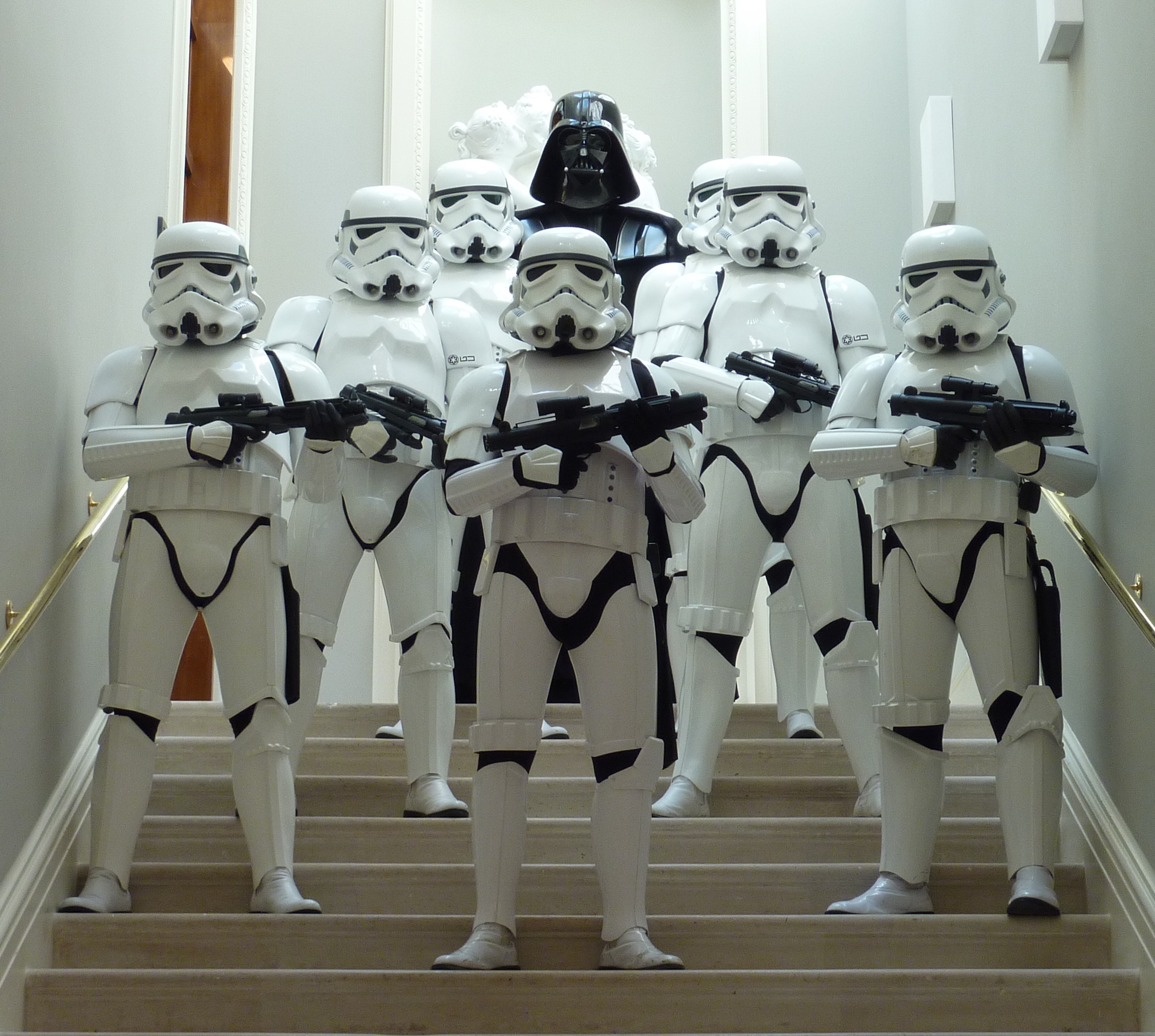 The force awakes in Southend this Summer as Jedi, Sith and Stormtroopers get set to join council staff at the Southend Carnival.

Staff from the council’s campus support team, alongside UK Garrison, the principal Star Wars costuming group in the UK, is taking part in this year’s Carnival on Saturday 20th August, helping to collect charity funds for the Carnival Committee.

The Southend-on-Sea Borough Council float sponsored by Castle Point Motors and built out of hours by dedicated staff, originally began as a much smaller endeavour.

The float now reaches 40ft, features Star Wars vehicles and will be escorted along the parade route by Council Staff and UK Garrison, part of 501st Legion well known for their high standard ‘movie accurate’ costumes, professionalism and dedication to fundraising for charity.

The Summer Carnival is one of the largest in the UK, attracting thousands of spectators to Southend Seafront with over 60 floats taking part in the procession from Southchurch Park to Shorefield Road. Starting at 6:45pm the procession will reach City Beach at 7:30pm finishing at Shorefield Road by 9pm. There will be a meet and greet with the Star Wars characters from the council float at the Gentings casino from 9:15pm once the procession has finished.

Gavin Montella, Campus Support and Transport Manager for the council said: “After a chat with the carnival committee manager I asked if anyone in the council had ever entered their own float and they said they had not.

“We sourced a lorry through our council approved mechanics at Castle Point Motors and they were adamant that they wanted to make a real impression and make it big.

“With a budget of zero I used old scrap wood and paint to bring it back to life and make a Star Wars float. All the building has been done in our own time and after seeing the 40ft trailer for the first time I thought “we’re going to need a bigger set!”

“I emailed UK Garrison chancing my arm for any help they could offer, and they have been amazing. “Darth Vader” actually lives in Rayleigh and so he has helped put together a team of professional Star Wars characters to appear on the day. I am very grateful for their help along with the support of Castle Point Motors.”