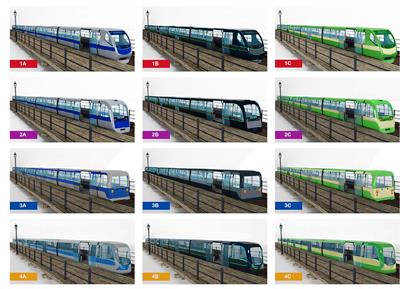 Following the announcement that Severn Lamb have won the contract to design, build and install the new pier trains, four different designs for the ‘cab’ have been proposed, as well as three different colour options. The council is now keen to hear the people’s views on which design and colour schemes they like.

Residents have until Tuesday 28 January to leave their comments by either commenting on the Facebook photo album, responding to our pinned tweet on Twitter, or by visiting the pier entrance where a board will be installed.

Key features of the new trains will include:

Construction of the new pier trains is set to begin mid-2020, with plans in place to replace the existing trains anticipated to take place in 2021, and the council set aside £3.25m in the 2019/20 budget to complete the work.

Cllr Kevin Robinson, cabinet member for business, culture and tourism, said: “I was delighted that the council were able to announce that Severn Lamb had won the contract for the new pier trains. Updating the pier trains is something that has been a priority for some time now, and I am pleased to share the proposed designs with members of the public.

“Each design offers a different style, so we anticipate many people will have differing views on what they would like to see and we look forward to seeing people’s comments that will help inform our final decisions.”