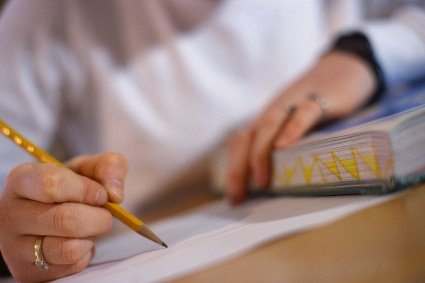 A host of community leaders are to become the first signatories on a pioneering charter against loan sharks.

Rob Tinlin, Chief Executive of the Council will open the campaign at an event at the recently opened ‘The Hub’ in The Victoria shopping centre, which aims to ensure local organisations work together to highlight the dangers of borrowing from a loan shark.  The campaign will also hammer home the message that no-one is alone if they have already fallen into the clutches of these unscrupulous money lenders. Help is available - the ILMT has a one hundred per cent conviction rate at court when prosecuting loan sharks.

Most importantly, the  campaign is about helping people worried and sometimes terrified they have already borrowed from a loan shark to get help now by calling the 24/7 hot line on 0300 555 2222 in confidence.

Loan sharks operate illegally without correct permissions from the Financial Conduct Authority. These criminals usually appear friendly at first, but quickly trap borrowers into spiralling debt. As the debts can’t legally be enforced, many lenders resort to the most extreme and callous methods to get their repayment including threats, violence and intimidation.

Paperwork is rarely offered, so victims are often in the dark about how much they are actually paying.  Exorbitant amounts of interest can be added at random - the highest interest seen was equivalent to 131,000% APR.

In some cases, loan sharks have been known to take items as security including passports, driving licences or even bank or post office cards with the PINs to withdraw directly from borrowers’ accounts.

Cllr Ron Woodley, Leader of the Council, said: “The message from Southend-on-Sea is clear: loan sharks will not be tolerated.  These unscrupulous money lenders bring misery and desperation to both their victims and the local community. We are working with local partner organisations to encourage people to turn away from loan sharks and call 0300 555 2222 to report the crime if they have been a victim.”

Following the campaign launch and charter signing, frontline staff from local organisations will be invited to attend free training sessions about the dangers of loan sharks, helping them to support and signpost anyone they meet in their everyday work who has been a victim of illegal money lending. The campaign will also be promoted on social media via the hashtag: #saynotoloansharks

An estimated 310,000 households across the country are in debt to a loan shark.

The England Illegal Money Lending Team has so far prosecuted more than 310 illegal money lenders across the country. Many of these criminals have extorted cash from communities, leaving their victims with little or no money and living in fear.

Tony Quigley, Head of the England Illegal Money Lending Team, said “Illegal money lenders are a scourge on our communities, making life a misery for their victims. We urge victims of illegal money lenders to seek help by contacting us in confidence on 0300 555 2222.”

To report a loan shark: