A by election for Southend West constituency will take place on Thursday 3 February 2022.

Residents could help shape a £68million funding bid by giving their opinion on a draft ‘Bus Service Improvement Plan’ for Southend-on-Sea. 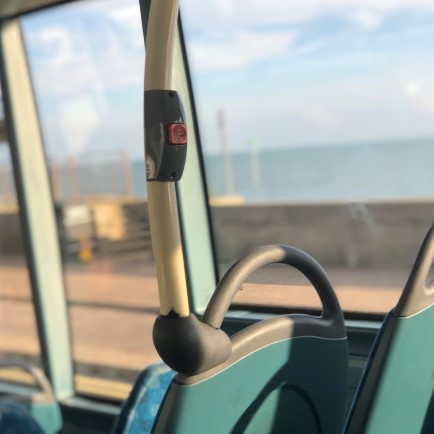 The Bus Service Improvement Plan (BSIP) plans to make bus travel a more attractive and workable option for residents and visitors. It will be the key element in a funding bid to the Department for Transport for up to £68million.

The bid outlines how the funding could be used over the course of five years, focusing on six key areas that will contribute to overall bus service improvement.

These six areas include:

If successful the bid will be able to upgrade current bus services, including shelters, stops and highway infrastructure. The plan will also look at other issues, such as fares and scheduling, with the aim of making travelling by bus not only as accessible as possible, but more attractive.

Cllr Ron Woodley, cabinet member for transport gave his support for the plan going forward. He said: “The BSIP boasts some bold targets, such as aiming for 75% of locals being satisfied with their local bus services by 2027. The plan is also trying to encourage more people to travel by bus, with the aim that 65% of all bus users will be non-concessionary pass holders.

“Buses are set to become greener under the new plan – adapting engines of existing vehicles so that they emit less greenhouse gases, as well as requiring all new buses to be low-emission vehicles. Older models are being upgraded rather than scrapped and replaced, as typically more pollution is created through creation of new vehicles than through upgrades.

“As well as improving connectivity and travel options across the borough, this plan also feeds into the council’s green agenda and our 2050 ambitions. The funding will be welcome to make these initiatives a reality and I encourage people to have their say on the improvement plan.”

To submit your own thoughts and ideas for the Bus Service Improvement Plan, head to the YourSay Southendonline platform. The consultation will close on Monday 31 January 2022.

A report will be published every six months detailing next steps, with the first report to be released around April 2022.