Our popular parks are still among Britain's best 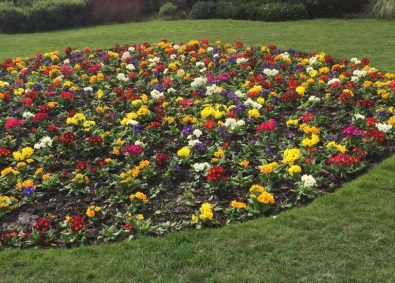 The national accolades have been awarded to Belfairs, Chalkwell, Priory, Shoebury and Southchurch Parks to show they are ranked with the country’s best parks and green spaces.

Environmental charity Keep Britain Tidy has announced the winners of the coveted 2015 green flags, which include our Southend parks among 137 in the East of England.

Together they join a record-breaking list of 1,582 other parks, cemeteries, universities, shopping centres and community gardens in Britain which have all met the high standard needed to achieve the Green Flag Award or the Green Flag Community Award.

These were judged by more than 700 green space experts, who visited the sites and assessed them against eight strict criteria, including horticultural standards, cleanliness, sustainability and community involvement.

Executive Councillor for Enterprise, Tourism and Economic Development, Councillor Graham Longley said: “We are delighted that these five Southend parks which are so enjoyed by residents and visitors, have again reached the top standards required to win green flags.

“These awards mean that our parks are being recognised nationally for their quality and appeal.

“As well as their trees and horticultural highlights, our parks host all kinds of attractions ranging from the Bandstand in Priory Park with free musical performances at weekends, to major events such as Village Green in Chalkwell Park, as well as tennis courts, other sports grounds, childrens play areas – such as the new one in Shoebury Park, and outdoor gyms.

“It is even more pleasing to know that we have maintained our high standards and managed to retain all the flags we were awarded last year.

“This is a tribute to the terrific efforts of all those who have been working so hard to keep our parks up to such award-winning standards.”